Wrekin and the ghost spitfire 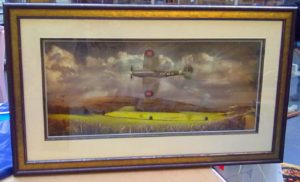 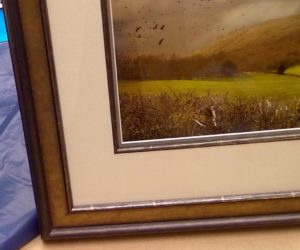 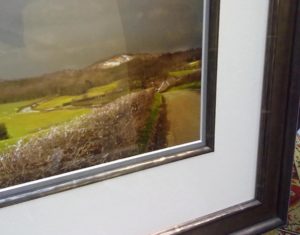 7 November 1939. Airspeed Oxford. P1845. Crashed near the summit of the Wrekin in bad visibility.

26 October 1941. Bristol Beaufighter flew into the Wrekin in bad weather on training flight. Incident lead to a warning light being erected on the Wrekin.

And Spitfire Mk II P7746 NX-K 131 crashed into Little Hill on the Wrekin during a snowstorm. Named: ‘City of Bradford’ Commissioned with 54 Squadron on 04/08/41, flying out of RAF Castletown, Castletown, Scotland.

The early days of World War II for 54 Squadron, were spent patrolling the Kent coast, until, in May-June 1940, the unit provided air cover for the evacuation of Dunkirk. The Squadron was heavily engaged in the Battle of Britain, until it moved north to RAF Castletown, in November 1941 to regroup, prior to undertaking coastal patrols. In June 1942, the squadron was moved to RAF Wellingore, to prepare for moving to Australia.

7th December’s snow storm was not a good day for flying in Shropshire. There were at least six aircraft crashes, including four deaths, the two in a Dominie, 1st Officer Gasser, ATA in Hurricane Z5663 at Button Oak and Sgt Metcalfe, RAAF in Spitfire P7746 near the Wrekin and Spitfire L1005. Of the six Spitfire accidents mentioned in 57 OTU ORB as crashing that day, two more came down in Shropshire; P9446 crashed at Bratton RLG and R6963 at Montford Bridge airfield.

17 February 1943. Airspeed Oxford P8973 No.ll(P) hit the top of a small hill whilst low flying but managed to continue near Eaton Constantine.

8 January 1994. Mooney M20J G-BSKJ. Aircraft flew into the Eye of the Needle on the summit of the Wrekin Hill.

Many people have heard a ghost plane over The Wrekin. Which of the above planes haunts The Wrekin is moot, but reports have also been heard of the ghostly con trails seen high above the clouds. Could these be the memories of Sergeant Metcalfe’s heroic feats over London during The Battle of Britain?